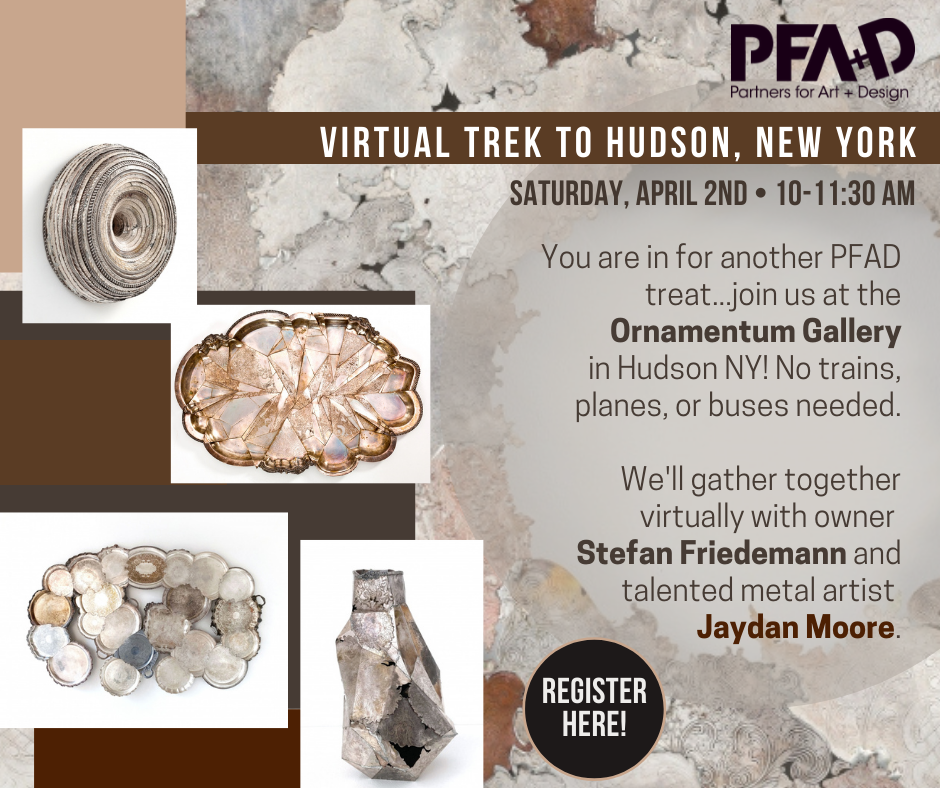 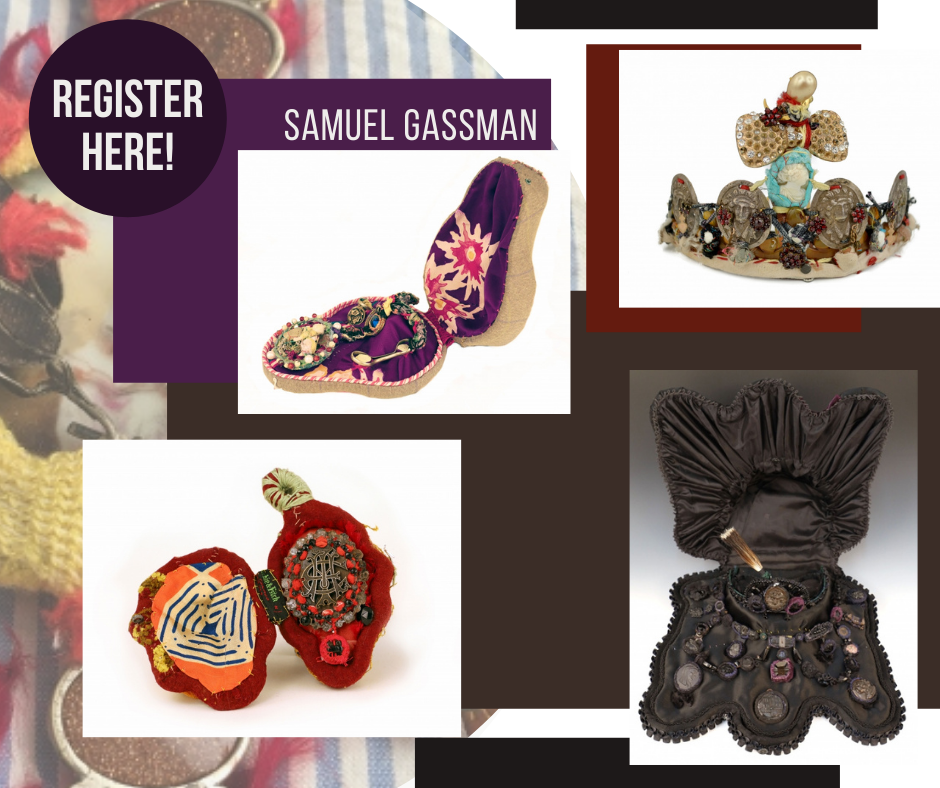 Samuel Gassman, an outsider artist of the contemporary jewelry scene, presented for the first time at Ornamentum. Fascinating compositions of fabric, metal and collected historical ephemera housed in hand-made boxes that are as intrinsic to the works as the buttons, figurines, textiles, and other curiosities that comprise the jewelry pieces housed within. Referred to as Rag Jewels by Gassman, each wearable (and its box), demonstrates a apainstakingly-obsessive personality creating collages that speak to Victorian-fancy and flea-market-rummaging simultaneously. We struggle to know exactly where Gassman’s work fits in the grand scheme of contemporary jewelry movements, and find that this makes it all the more intriguing.

A multi-faceted persona/ artist, Gassman’s background includes gemology, language studies, antiques and most evident in his work, a lifetime love of sewing. His artworks can be found in collections such as the Cooper Hewitt Smithsonian Design Museum, New York, NY; the Muséedes Arts Décoratifs, Paris, France; the Grassi Museum, Leipzig, Germany; the Museo ArteContemporano (MAC), Santiago, Chile. He also created an International Human Rights Flag that has been on display at the United States Embassy in London, England since 2012.

Jaydan Moore was born into a family of fourth-generation tombstone makers in California. Most of his childhood was largely spent at the family business, which doubled as a rental storage space; where he would rummage through other people’s objects, and listen to families making arrangements for their loved ones. It is these experiences that made him value the heirlooms and objects we chose to use as markers for significant moments. His career began as an undergraduate student at California College of the Arts, in Oakland, where Jaydan earned a BFA in jewelry and metal arts under Marilyn da Silva. While studying at CCA, he worked as a machinist and bench jeweler for the high-end metal production company, Svartvik Metal Works. Jaydan received his MFA and MA from the University of Wisconsin-Madison under professors Lisa Gralnick and Kim Cridler and was given a University Fellowship while there. Upon completing his graduate degree.

Jaydan has furthered his career through generous opportunities as an artist in residence at HoustonCenter for Contemporary Craft, as Fountainhead Fellow at Virginia Commonwealth Universities Craft/Material Studies Program, and a grant from the Peter S. Reed Foundation. He has shown in recent exhibitions at Kentucky Museum of Arts and Crafts, California College of the Arts, Page Bond Gallery (VA), Stephen F. Austin Universities Art Gallery (TX), Asheville Area Arts Council, Overture Gallery (WI), and Brooklyn Metal Works. He has also held teaching appointments at Virginia Commonwealth University in the Craft Materials Studies Program, California College of the Arts, and Houston Community College. Jaydan has held a three-year residency at Penland School of Craft, followed by a residency at the Kohler Center in Wisconsin. Jaydan Moore resides currently in Richmond, Virginia, and has held occasional teaching positions at Virginia Commonwealth University in addition to maintaining a studio where he builds his portfolio further.