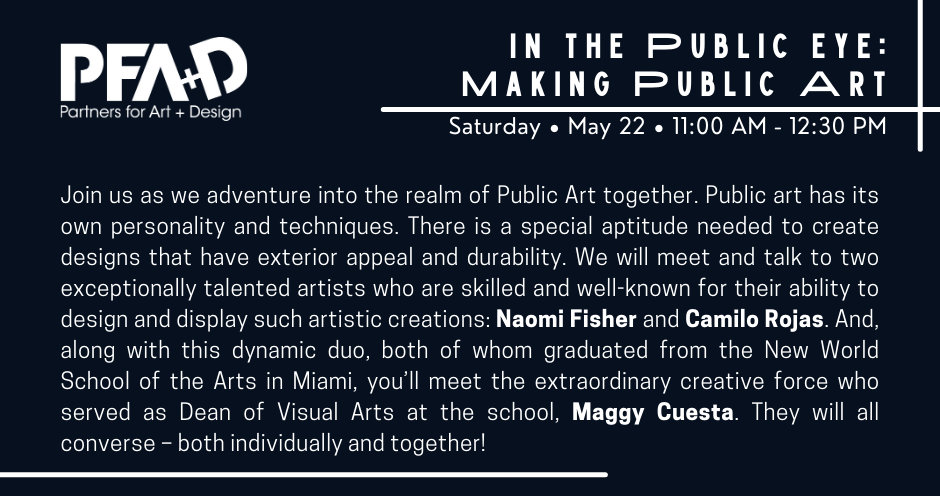 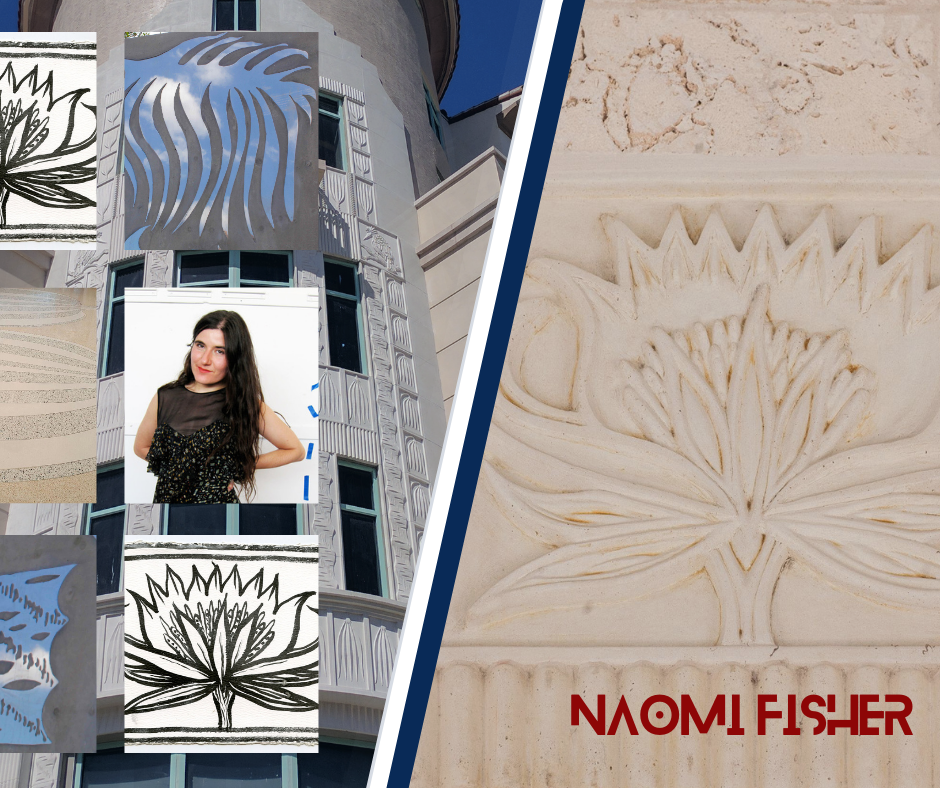 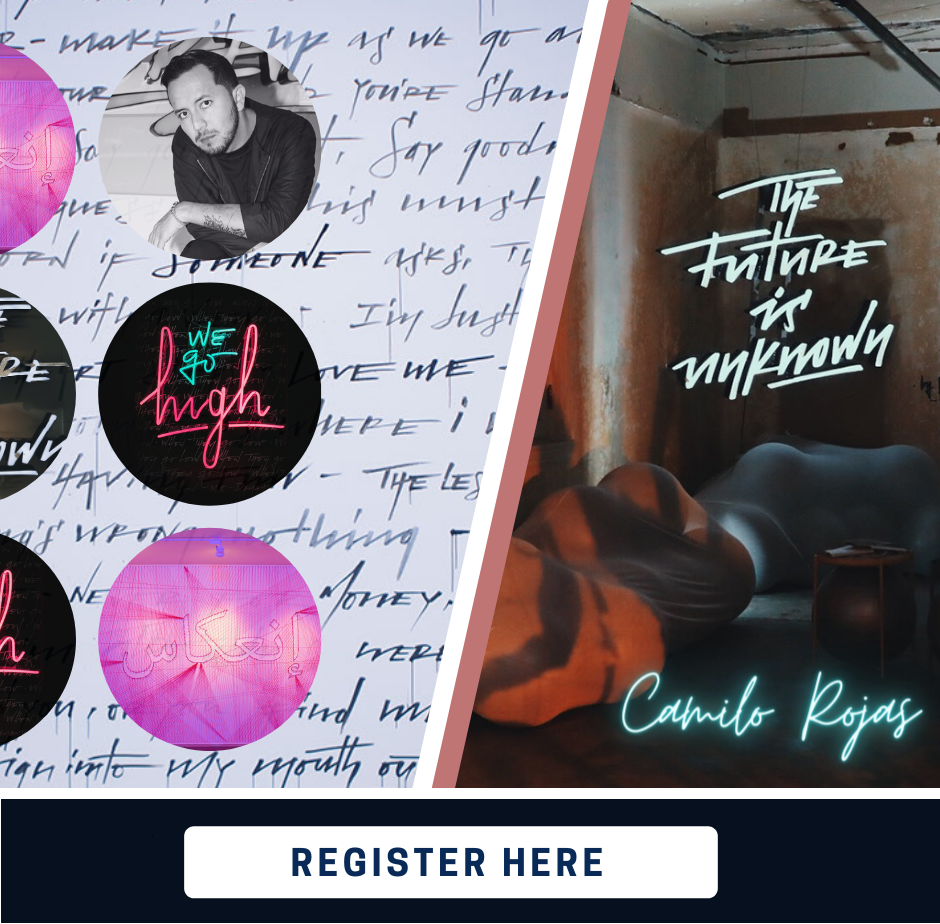 Naomi Fisher, a Miamian, now splits her time between Miami, New York, and California. Her mediums span painting, drawing, performance photography, video, and site-specific installation, often in collaboration with dancers. She has had many commissions for permanent large-scale public art projects. These include a frieze that is a permanent part of the architecture of the Rose McQuillan Art Center at the Fairchild Tropical BotanicGarden. Her current commissions are for the Underline project in Miami and a five-story building façade in Coral Gables. Since 2005, Fisher has directed the W.A.G.E. certified501c3 exhibition platform BFI (Bas Fisher Invitational).

Influenced by her botanist father her work often references a wild and untamed tropical environment. She explains that her artworks explore this culture clash through the lens of feminist theory and strategies derived from surrealist art.

Camilo Rojas is a multidisciplinary designer and creative director based in Miami who has a natural affinity with typography and use of the letter as an essential mean of expression. He currently runs his studio, CR-eate, effectively balancing concept, design, art, and functions for people, brands, and interior spaces worldwide. He co-founded the Miami startup “Shoot My Travel” which pairs a photographer with a traveler in a specific city -almost any place in the world. Typography is the starting point of Camilo’s work; he often experiments with it as an art form and seeks to represent the text in a new, creative way, whether it features calligraphy, lettering, a sculpture, a large-scale mural, or an installation.

His work evolves in response to a given situation or environment. The subject matter of each body of work determines the materials and the forms of the work. LEDs, mirrors, vinyl, neon, paint, found objects, mattresses, syringes, cigarettes, and yarn are just some of the materials used to incite reflection, inspire, motivate, enlighten, make a statement, or start a conversation.

“My intention with spatial projects is to give a new form to letters in an expressive, harmonious, and skillful manner,” explained Camilo. “By linking reflective materials, hidden messages, repetition, and the double meaning of words, an environment of thoughtfulness and playful encounter can be created in a gallery setting.”

As a graduate of the New World School of the Arts with a Bachelor of Fine Arts and Design – he has used his training as an example and has created and brought arts education to youngsters in Miami and Greece, as a means of giving back what he haslearned and experienced.