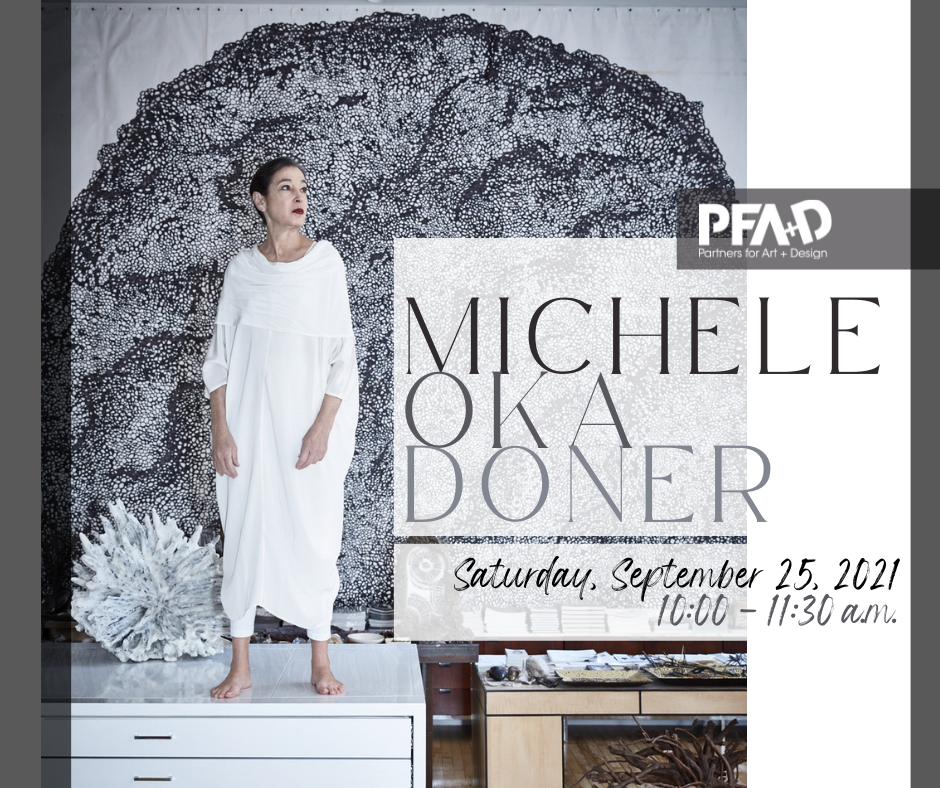 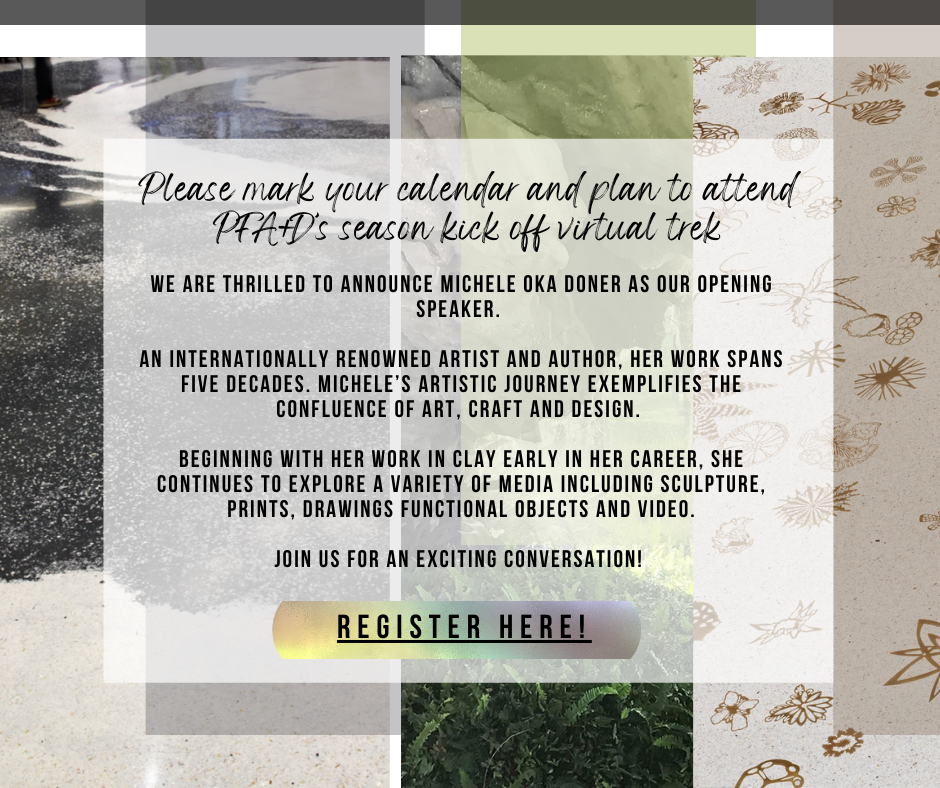 Michele Oka Doner is an internationally renowned artist and author whose career spans five decades. Her work is fueled by a lifelong study and appreciation of the natural world from which she derives her formal vocabulary. The breadth of her artistic production encompasses sculpture, jewelry, public art, functional objects, video, artist books and costume and set design. She is well known for creating numerous permanent art installations throughout the United States, including “Flight” at Regan International Airport, “Radiant Site,” at the Herald Square MTA station, New York and the mile and quarter long bronze and terrazzo concourse, “A Walk on the Beach,” seen by 40 million travelers a year at Miami International Airport.

Oka Doner’s work is found in the collections of the Museum of Modern Art, Metropolitan Museum, the Whitney Museum of American Art, The Art Institute of Chicago, Musée des Arts Décoratifs (the Louvre), the Victoria & Albert, University of Michigan, Yale and Harvard University museums, and The Detroit Institute of Arts, among others.

She has received numerous awards, including those given by the United Nations Society of Writers and Artists, Pratt Institute, New York State Council of the Arts and the Knight Foundation. In 2016 she received an honorary doctorate from The University of Michigan, where she earned her undergraduate and MFA degrees. Oka Doneris the author or subject of numerous books, including Miami Beach Blueprint of an Eden, and Intuitive Alphabet, and Everything is Alive.